Tonight my friend Susan taught a Fancy French Desserts class at the store so I thought it was a perfect day to make this week’s recipe and share it with the students. Bonus: I only ate 3 instead of the 12 I probably would have eaten had I made these at home! Fancy they are not, but they’re definitely French so I thought they fit. I mixed the batter up at home and after about 4 hours in the fridge, I pulled it out and finished them off at work. I don’t have a special financer pan so I used a mini muffin pan at work and I think they turned out pretty cute. When Susan and I were talking to the class about them she described what they’re really supposed to look like (little gold bars) which would also be adorable.

I buttered and sugared the pan and crossed my fingers that they would come out alright. 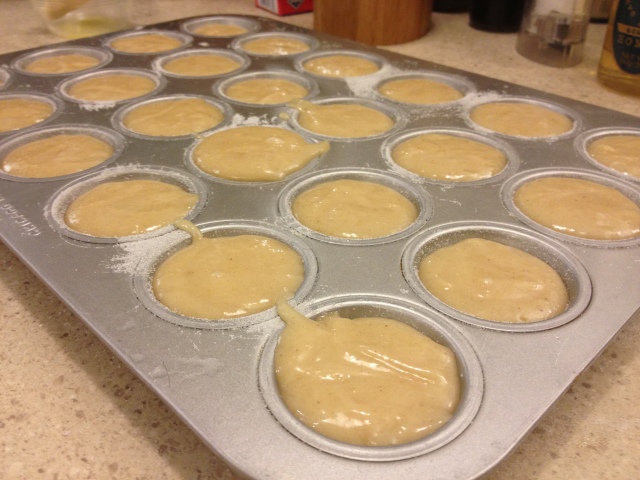 I know I’ve said this before but cookie scoops are seriously a godsend. I used a small Oxo cookie scoop to fill these little wells and it was perfect. Keep an eye on the one in the middle though – I may have slightly overfilled it… 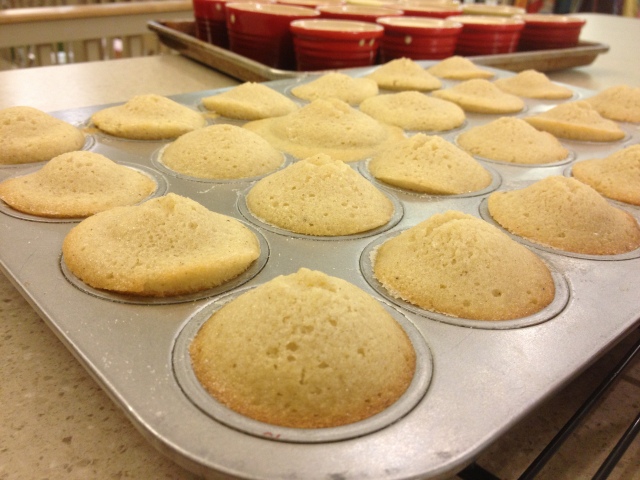 Other than the monster in the middle that overflowed a lot, these popped out of the pan super easy after running a thin knife around the sides. The sugary coating on the outside was delicious and made them a little bit crunchy and the inside was really dense and moist. Like I said before – nothing fancy but definitely delicious. 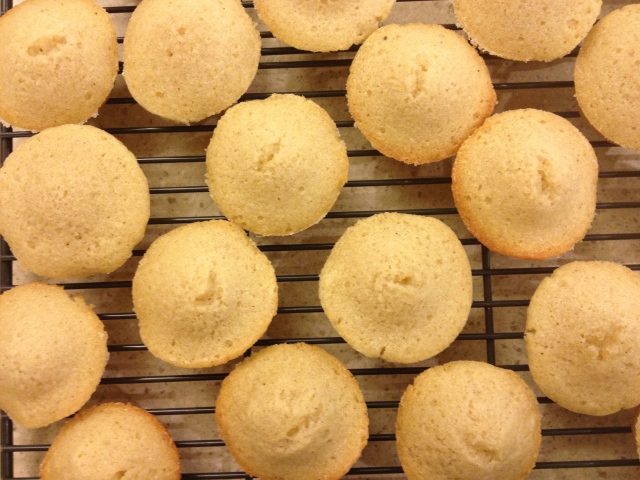 To make some of these little teacakes for yourself, get the recipe here on Dorie’s blog.