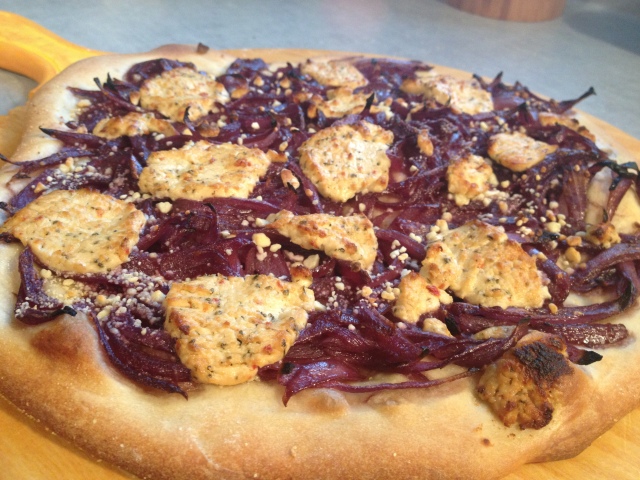 I really did not expect to be writing this post tonight. Today was a day. Just a day. One of those days where you just want to come home and cry or drink a bottle of wine or both. I didn’t cry, so that’s a bonus. The thing that made the day terrible was inventory-related which I have already talked about so I won’t go into it but just trust me, no bueno. But there are few things that some nice red wine and a huge skillet cookie won’t fix and since I had both of those, I’m feeling okay now.

So my dad came to visit for a few days after Christmas and though we had grand culinary plans, they didn’t all play out. Thankfully, this pizza totally happened while he was here and it was amazing. I made the dough while Tristan and Dad were watching some sort of sports game and then threw it into the fridge for an over night rest. It looked like this when I took it out to warm to room temp and I found the poufy yeastiness very comforting.

Onions in a pan with some butter get the party started: 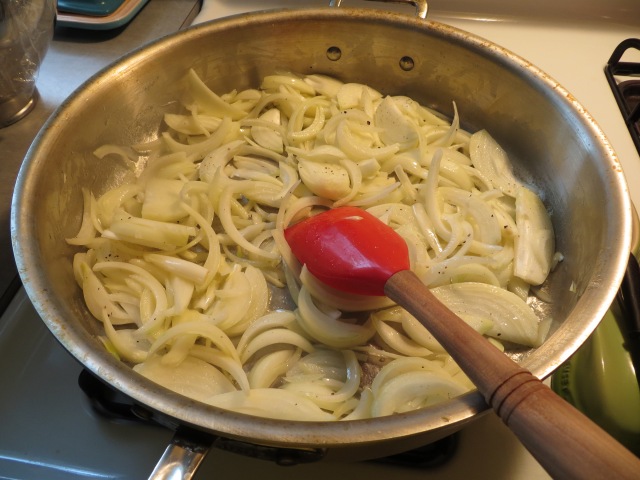 While they were cooking in wine and making the house smell fantastic we indulged in a little marathon of Man vs. Food on the Travel Channel. Interesting show, but overall I felt like I had seen enough after a few episodes. For some reason I expected these to cook down more, like caramelized onions or something. Instead they basically look exactly the same, but purple.

I tried to be all cool and flip the pizza dough like a pro but I broke out the rolling pin in the end and created this…shall we say “rustic” shape. 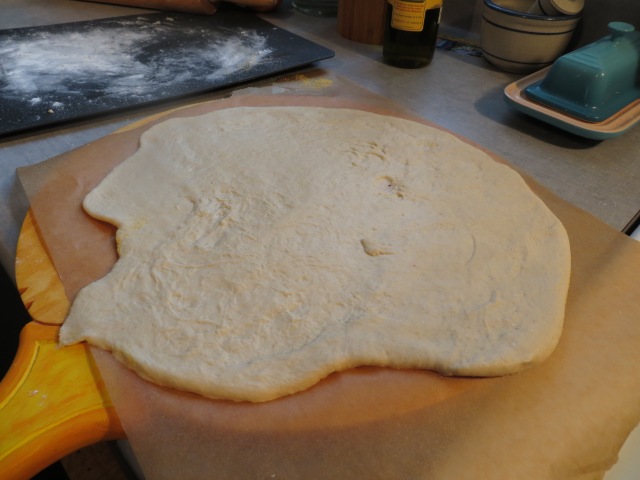 I had some cheese odds and ends in the fridge and I decided to keep it simple with the toppings and just use those. So there’s a smidge of feta and then a small log of sun-dried tomato & herb goat cheese that I sliced and tried to place artfully across the wine-soaked onions. 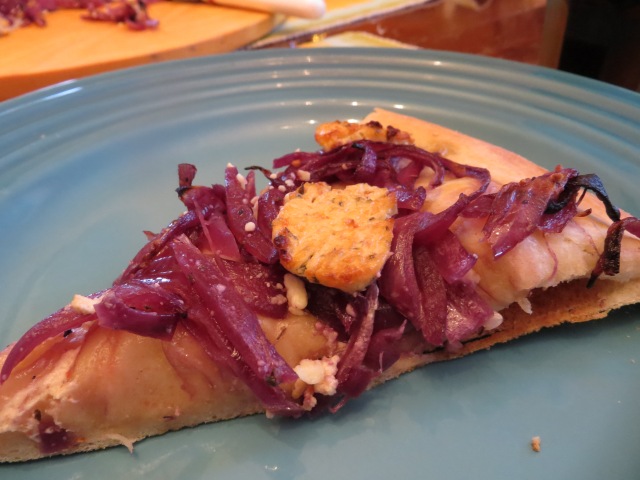 I really loved everything about this recipe. The dough was super easy to work with and simple to make and the toppings were delightful if a little messy to eat. Definitely a great way to start Baking with Julia in 2013! T0 have this in your face in a mere 3-4 hours, visit Paul at The Boy Can Bake for the recipe. 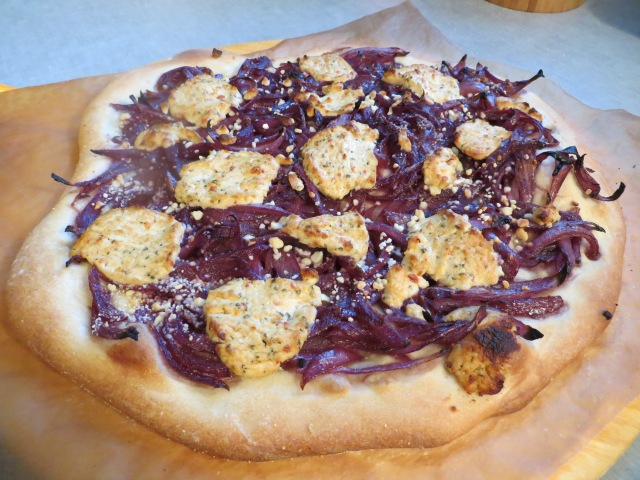 26 thoughts on “Baking with Julia – Pizza with Onion Confit”